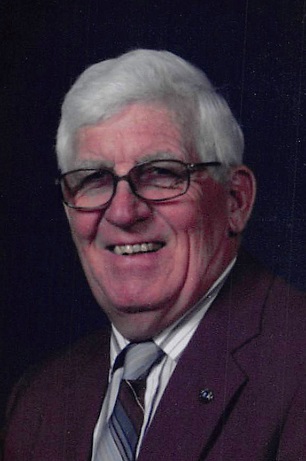 Orlando Burnell Bernie Rekstad, 83 year old resident of Little Falls, died Friday, March 3 at his home with his loving family by his side. A funeral service will be held on Friday, March 10 at 11:00 A.M. at First United Church with Rev. Eric Shinn officiating. A visitation will be held from 4:00-8:00 P.M. on Thursday, March 9 at Emblom Brenny Funeral Service and from 10:00 A.M. until the hour of the service on Friday at the church. The burial will be held at the Minnesota State Veterans Cemetery north of Little Falls.

Burnell Rekstad was born on December 3, 1933 in West Bank Township, Swift County, Minnesota to the late Melvin and Ella (Drogen) Rekstad. He attended and graduated from Eagle Bend High School graduating with the class of 1951. He worked on the Garrison Damn in North Dakota from 1951 until moving to Minneapolis in 1952. He worked for Olson Gas Service from 1952 until 1954. In 1954, Burnell moved to St. Cloud, where heworked atGas Service Co. Burnell was drafted in the United States Army on December 7, 1956 until his honorable discharge on December 4, 1958. He was united in marriage to Donna Jean Morcomb on October 18, 1959 at the United Methodist Church in Eagle Bend. The couple moved to Little Falls in 1959, where Burnell worked and managed Gas Service Co. from 1959 until his retirement in October of 2001. He was very instrumental in the acquisition and operation of the Gas Service Co in Park Rapids, Merrifield, Walker and Albany. After his retirement he worked as a Bailiff for Morrison County District Court. Burnell also enjoyed driving truck during the potato harvest and transporting cars for local auto dealers. He treasured his time spent fishing, hunting, golfing, gardening, caring for his lawn, working in his garage/woodshop, and working on projects with and for his children and family. He was a member of First United Church, Kiwanis Club, Little Falls Jaycees, Minnesota Propane Gas Association and Cub Scout Pack 44, Cub Master throughout the 1970s.

He was preceded in death by his parents, Melvin and Ella Rekstad; brothers, Myron Rekstad and Lewallan Rekstad; sister, Avis Matti.

In lieu of flowers, memorials are preferred to the family, which will be donated to multiple organizations in Burnells name.

To order memorial trees or send flowers to the family in memory of Orlando Burnell Rekstad, please visit our flower store.