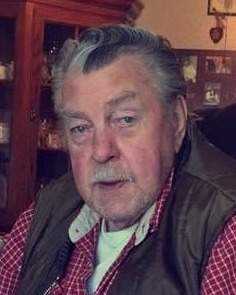 Patrick H. Kronbeck was born November 14, 1936 in Little Falls to the late Andrew and Jenny (Jenkins) Kronbeck. After completing his schooling, Patrick served his country in the United States Navy from June 4, 1956 until his honorable discharge on June 2, 1960. He was united in marriage to the love of his life, Beverly Dalen on August 31, 1964 in Sioux Falls South Dakota. The couple made their home in Little Falls, they also did live in Wisconsin and Reno, Nevada for a short time. Patrick was an over the road truck driver all of his career. He drove for the following companies: Crestliner Boats, Larson Boats, International, Anderson Trucking, Joe's Trucking, Eddie and Denny Bednarek and Genmar. Patrick enjoyed cribbage, cards, puzzles, computer games, storytelling, watching Western movies and reading Louis L'Amour books. He treasured his time spent with his family especially his grandchildren.

Emblom Brenny Funeral Service is Cherishing the Memory and Celebrating the Life of Patrick.

To order memorial trees or send flowers to the family in memory of Patrick H. Kronbeck, please visit our flower store.