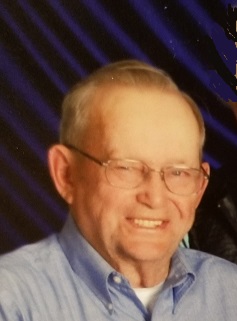 Paul Sonny Nieman, Jr. 88 year old resident of Freedhem died Thursday, July 26 at St. Gabriels Hospital in Little Falls. A Mass of Christian Burial will be held on Monday, July 30 at 11:00 A.M. at Holy Family Catholic Church in Belle Prairie with Father Ben Kociemba officiating. A visitation will be held on Sunday, July 29from 3:00-7:00 P.M. at Emblom Brenny Funeral Service and from 10:00 A.M until the hour of the service on Monday at the church. The military rites will be conducted by the Little Falls American Legion Post #46. The parish prayers will be said at 6:30 .P.M. on Sunday evening at the funeral home.

Paul Henry Nieman was born January 4, 1930 in Little Falls to the late Paul and Ruth (Carlson) Nieman. He attended Little Falls Public Schools and graduated with the class of 1948. He was united in marriage to Cecelia Maus on July 11, 1953 in Kimball, MN. The couple made their home in Little Falls for a couple of years. Paul served his country in the United States Army from October 14, 1953 until his honorable discharge on October 19, 1955. After his honorable discharge Paul and Celia purchased their farm near Freedhem, MN where they resided for over 62 years. Paul and Celia have owned and operated the Freedhem Store since 1976. Throughout his life Paul served on the following boards: Belle Prairie Township, Morrison County Commissioners, Freedhem Creamery, Creameries Blending, Consolidated Telephone Board and Region V and DNR Fire Warden. He was a member of Holy Family Catholic Church and the Little Falls American Legion Post #46. Paul treasured his time spent on the farm and with his family especially the grandchildren and great-grandchildren. He was always willing to lend a helping hand or words of encouragement. Paul enjoyed visiting, playing cards, shaking dice at the store, things of nature and giving treats to children who visited the store.

In lieu of flowers memorials are preferred to the Future Farmers of American and Morrison County 4-H.

To order memorial trees or send flowers to the family in memory of Paul H. Nieman, Jr., please visit our flower store.