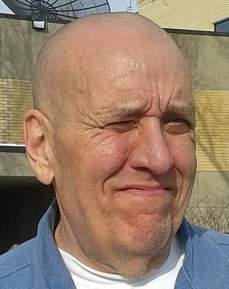 Randy Reed, 59 year old resident of Hillman died Wednesday, October 3 at his home in Hillman. A Memorial Service will be held on Thursday, October 11 at 11 AM at Emblom Brenny Funeral Service in Little Falls.Friends may gather from 10-11 AM on Thursday at the funeral home. Randy Donald Reed was born on June 9, 1959 in Bertha, MN.He grew up in the Bertha/Wadena/New York Mills area.Randy graduated in 1977 from New York Mills High School.He worked for several years in Minneapolis, MN. Randy returned to the Hillman area to be closer to family and help his parents.He enjoyed hunting with his nephews, fishing, farming and gardening. Randy treasured his relationship with Jesus Christ.

Left to cherish his memory are his parents, Roger and Donna Reed; children, Jessica, Dita and Jacob; siblings, Ricky Reed, Rita Gerrard, Roxanne McFadzen and Regina Heart; six grandchildren; nieces and nephews, Nicole, Stephanie, Jermey, Jordon, Justin, Derek, Sarah and Amanda and many aunts, uncles and cousins. He was preceded in death by his grandparents; infant brother, three aunts and an uncle.

To order memorial trees or send flowers to the family in memory of Randy Reed, please visit our flower store.