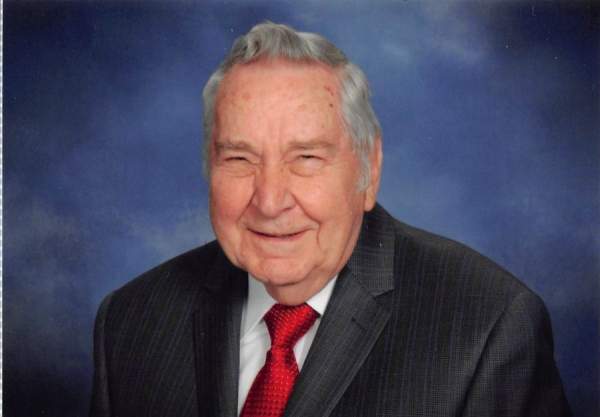 Raymond Victor Nicoski was born on July 19, 1931 in Gilman, Wisconsin to the late Victor and Mary (Michalak) Nicoski. He was born to 1st generation immigrant parents at a working farm in northern Wisconsin, where he spent his youth. He grew up in the Gilman area. He attended and graduated from Gilman Public School in 1949. Raymond attended Marquette University from 1956 until 1958. He served his Country in the United States Army from 1953 - 1955, after which he was in the reserves until his honorable discharge on October 31, 1961. Raymond was united in marriage to the love of his life, Patricia Gill on June 28, 1958 in Milwaukee, WI. Ray's career with JC Penney spanned 3 decades, during which he worked and raised a family in Kankakee IL, Gary IN, Kewaunee IL, Grinnell IA, Menominee Falls WI, Watertown WI and finally settling in Little Falls MN. Ray also worked at the Buckman Building for quite few years as the maintenance man. Raymond was active in his community serving with the Rotary Club, Board of Directors with St. Francis Credit Union, Knights of Columbus, American Legion Post #46 and volunteered at St. Gabriel's Hospital for 18 years. He loved being around people and serving them. Ray and Patricia were members of St. Mary's Catholic Church in Little Falls for 30 plus years, serving as Eucharistic Ministers and helping with fundraisers. Ray enjoyed gardening, baking, canning, working in his woods, bird watching, making stained glass lamps and windows.

He was preceded in death by his parents; siblings, Emily and Leonard.

To order memorial trees or send flowers to the family in memory of Raymond Nicoski, please visit our flower store.