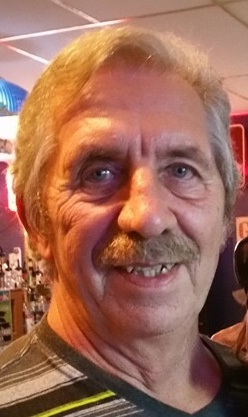 Richard Rick J. Lenarz, 67 year old resident of Royalton, MN passed away October 17, 2017 at the St. Cloud Hospital in St. Cloud, MN. A celebration of life will be held at 2 PM on Monday, October 23 at the Royalton Legion in Royalton, MN. A prayer service and military honors will be at 2:30 PM.

Richard was born on May 1, 1950 in Parkers Prairie, MN to Andrew and Eleanor (Schmidt) Lenarz. He was in the US Army from October of 1967 to September 1970, serving in the Vietnam War. After returning home from the war he was united in marriage to Marlys Thompson on August 12, 1972 in Walker, MN. The couple was blessed with four children. Richard loved playing Mad Dog with them as they were growing up. He owned an auto shop and tree service. His true passion was singing and playing his guitar in his band The Strangers. Richard enjoyed teaching the grandkids in the shop and spending time with them. His hobbies included hunting and fishing. Richard was a member of the Royalton Legion and Shepherd of the Pines Lutheran Church.

He is preceded in death by his parents; siblings, Ray Lenarz, Marie Benzinger, and Loretta Lenarz.

To order memorial trees or send flowers to the family in memory of Richard J. Lenarz, please visit our flower store.