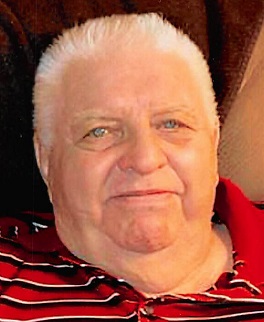 Richard J. Waldoch, 83 year old resident of Little Falls, MN passed away Wednesday, June 15, 2016 at the St. Cloud VA Medical Center in St. Cloud, MN. A Memorial Mass will be held on Monday, June 20 at 10:30 A.M. at Our Lady of Lourdes Catholic Church in Little Falls, MN with Father, Jeremy Ploof officiating. A visitation will be held from 9:30-10:30 A.M. on Monday at the church.

Richard John Waldoch was born March 29, 1933 in Little Falls, MN to the late John and Rita (Meyer) Waldoch. He grew up and attended school in Little Falls, MN. He served his country in the United States Army from December 1956 until his honorable discharge in November of 1958. Richard was united in marriage to Doris McClain on July 23, 1955 in Flint, MI. The couple made their home in Flint, Michigan from 1955 until 1986. Richard worked for General Motors in Flint, MI, operating a painting booth for 33 years. The couple moved to Little Falls, MN in 1986. They attended Our Lady of Lourdes Catholic Church. Richard enjoyed mechanic work, carpentry work, fishing, playing cards especially, poker and euchre. He treasured his time spent with his family especially his grandchildren and great-grandchild.

He was preceded in death by his parents, John and Rita Waldoch.

To order memorial trees or send flowers to the family in memory of Richard John Waldoch, please visit our flower store.