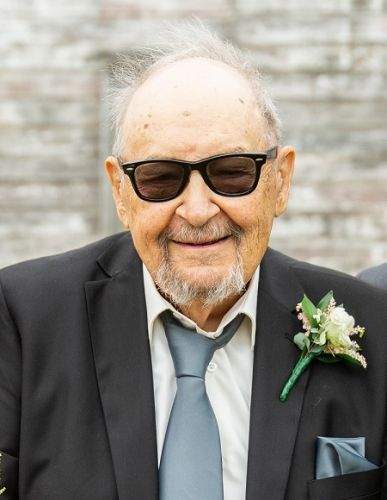 Richard (Dick) Louis Liffrig, age 80, of Elmdale, MN passed away on March 13, 2019 in the loving presence of his family at his home and farm. A Memorial Mass will be held Saturday, March 23 at 11 AM at St. Edwards Church in Elmdale. A visitation will be held from 9:30 A.M. until the hour of the service on Saturday at the church. A lunch at church will follow mass, and then there will be a celebration of Richards life at Elmdale Watering Hole.

Richard was delivered by his uncle Dr. Bill Liffrig on October 20,1938 in Red Wing, Minnesota to Louis Nicolas Mary Christine (Tri) Liffrig. He attended St. Marys School of Bellechester, graduating from Mazeppa High School in 1956. Richard attended St. Johns University on an ROTC scholarship, transferred to and graduated from the University of Minnesota with a degree as a business analyst (software programming) in 1961. He met the love of his life, Joane Rau, at a Mazeppa vs. Pine Island basketball game. They were united in marriage on August 6, 1960 in Pine Island, MN, and raised six children. The family lived in Minneapolis, Cambridge, Lakeville and North Prairie, MN prior to moving in August of 1969 to the Elmdale area. Richard worked at International Milling for seven years and then Fingerhut Corporation, as Director of Electronic Data Processing, retiring in 1996 after 28 years. Then he became devoted to his second career, farming. He also volunteered with the Upsala Lions and Upsala Telephone Cooperative Board. His hobbies included farming (Angus beef cattle), playing cards (Euchre), technology, genealogy and Sudoku. He loved spending time with his family and his Tuesday night happy hours with his friends. He will be remembered for his quick wit and ready laughter.

Richard is preceded in death by his loving wife, Joane; his son, Randall; his parents; his parents-in-law, Herbert and Amelia Rau; his brother-in-law and groomsman Gary Oelkers, his siblings-in-laws Carol Meyer, Arle Rau, Mary Schneider, and Marlene Rau; his cousin and best man Floyd Nardinger; his nephew Bradley Rau, and his niece Tiffany Rau.

To order memorial trees or send flowers to the family in memory of Richard L. Liffrig, please visit our flower store.