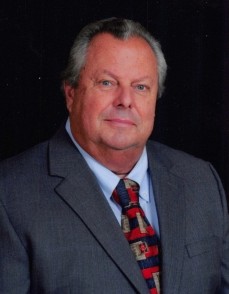 Richard Rich Brenny, 71 year old resident of Little Falls died Tuesday, May 28 at his home in Little Falls. Mass of Christian Burial will be 11:00 A.M. Monday, June 3, 2019 at Our Lady of Lourdes Catholic Church in Little Falls. Father Benjamin Kociemba will officiate. Visitation will be held from 3:00 - 7:00 P.M. Sunday, June 2, 2019 at Emblom Brenny Funeral Service in Little Falls and again from 9:30 A.M. until the start of the service on Monday at the Church.

Richard Brenny, born on Fathers Day, June 15, 1947, the oldest of seven children of Clemens and Mary (Lampert) Brenny passed away on Tuesday, May 28, 2019 at his home with his wife Sally at his side. Rich attended Our Lady of Lourdes Elementary School and was a graduate of Crosier Seminary Class of 1965. Rich then attended the School of Mortuary Science at the University of Minnesota where he graduated in 1969. Born and raised in a funeral service family, Rich and his two brothers, Joe and Chuck, purchased the funeral home from their parents in 1977. In 1995, Rich and his brothers began operating their businesses independently. Rich served Little Falls, Pierz and the Morrison County area until retiring in 2006.

Rich was known for his random acts of kindness and for his generous nature within his community. He married Sally Hill on October 31, 1970 at St. Bridgets Catholic Church in Minneapolis, MN. They resided in Pierz for 16 years and there they welcomed their three children Carolyn, Michael and Kathryn. Rich served as the Pierz City Clerk and a member of the Volunteer Fire Department. In 1987, Rich and Sally moved to Little Falls where they have resided since. Rich served as a member of the Board of CHI St. Gabriels Hospital for nine years, was a Trustee for ten years and member of the Parish Council of Our Lady of Lourdes Church, and a former member of the Little Falls Exchange Club.

Traveling to warm climates in the winter months, watching Minnesota sports teams, visiting with many dear friends, fishing and playing golf were his favorite hobbies. In his retirement, Rich thoroughly enjoyed his volunteer job as a driver for Tri-Cap, transporting patients to medical appointments. Mostly, Rich enjoyed spending time with his wife and three children and he adored his time with his seven grandchildren.

To order memorial trees or send flowers to the family in memory of Richard "Rich" Brenny, please visit our flower store.