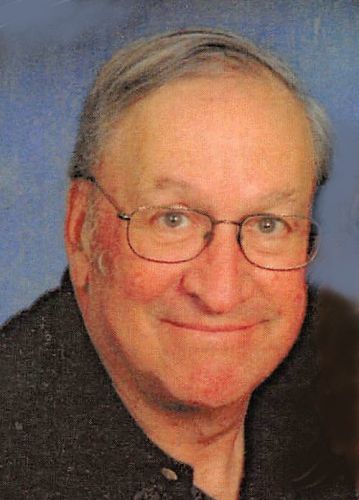 Richard Zeke Zilka, 72-Year-old resident of Hillman, MN died Sunday, October 11 at the St. Cloud Hospital. A Mass of Christian Burial will be held on Monday, October 19 at 10:30 A.M. at St. Michaels Catholic Church in Buckman. The burial will be held at the Minnesota State Veterans Cemetery north of Little Falls. A visitation will be held from 3:00-7:00 P.M. on Sunday, October 18 and from 9:30-10:30 A.M. on Monday all at the church. The family ask those attending to please respect the Covid-19 guidelines with social distancing and please wear a mask. The Hillman American Legion Post #602 will provide the military honors.

Richard Benedict Zilka was born on November 12, 1947 in Little Falls to the late Ben and Mary Lou (Stoltman) Zilka. He grew up in Little Falls where he attended Little Falls Community High School and graduated with the class of 1965. He entered the United States Army on January 18, 1966. He received the following awards during his military service: National Defense Service Medal, Vietnam Service Medal, A Bronze Star for Valor, Republic of Vietnam Campaign Medal, Air Medal, Combat Infantryman Badge, Good Conduct Medal and the Army Commendation Medal. He Retired on January 28, 1971 with the rank of Captain. He returned to the Little Falls area where he worked at Camp Ripley for 27 years and also, the Minnesota State Veterans Cemetery for two years. He also worked for Manions Lumber and Bobs Lumber for a few years. Zeke attended St. Cloud State University and the Brainerd Vocational school. Richard was united in marriage to Mary Kay Gangl on May 30, 1980 at Our Lady of Lourdes Catholic Church in Little Falls. The couple made their home in Little Falls until moving to Hillman in 1988. The couple were blessed with three boys, Shane, Ben and Chris. He was also known as Doctor Love his DJ handle. Zeke had a radio show, on KLTF in Little Falls, where he shared his love of the Oldies. In his younger days he would drive around with a record player in his car playing the current hits. Zekes love of music was a big part of his life and legacy. He enjoyed hunting, fishing, playing pull tabs, going to the casino, playing softball into his 60s, watching the Minnesota Twins and making his rounds getting caught up on the local gossip. He was a gentle man with the kindest soul. He will be greatly missed by all who knew him and loved him!

The arrangements for Richard Zeke Zilka are with Emblom Brenny Funeral Service in Little Falls, MN.

To order memorial trees or send flowers to the family in memory of Richard "Zeke" Zilka, please visit our flower store.