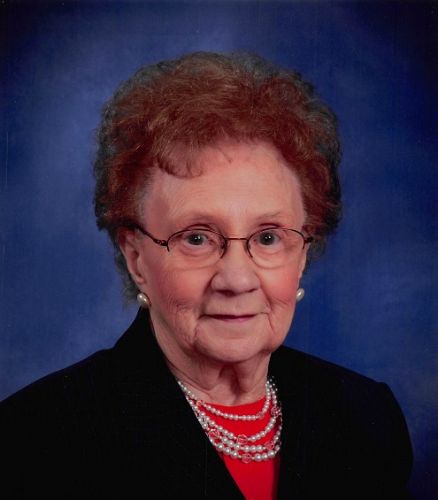 Rita Wunderlich was born on June 7, 1928 to the late John and Cecilia Catherine (Pohlkamp) Heurung. Rita attended and graduated from high school in Royalton. Rita was united in marriage to Norman Wunderlich on June 24, 1950 at Holy Trinity Catholic Church in Royalton. The couple made their home in Opole, MN for several years, until retiring to Royalton, MN. Norman died on Sunday, April 13, 2008. Rita continued living in Royalton, MN, until declining health forced her to move to the Bridgeway Estates and then Country Manor in Sartell. Rita enjoyed painting, puzzles, cards, bingo and spending time with her grandchildren. She was a member of Holy Trinity Catholic Church in Royalton where she was an active member of the Christian Mothers. She was a member of the Royalton American Legion Auxiliary. Rita will be remembered as always there to help her family when needed. She made the Best potato salad, tomato soup, spaghetti and nobody made dressing for Thanksgiving like mom.

Left to cherish her memory are her children, Marlene (Tom) Kerestes of Elk Mound, WI, Kathy (Bob, Jr.) Maine of Las Cruces, NM and Ray (Jane) Wunderlich of Rice, MN; 14 grandchildren and 11 great-grandchildren and many nieces, nephews and friends.

To order memorial trees or send flowers to the family in memory of Rita Wunderlich, please visit our flower store.