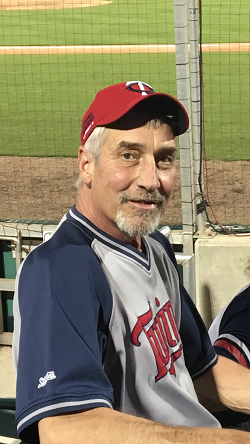 Robert Bob Nelson was born November 24, 1957 to the late Robert and Hilarion (Grell) Nelson. He grew up and attended school in Royalton, graduating with the Class of 1976. He married his high school sweet heart Carolyn Guck on November 24, 1979 at Holy Trinity Catholic Church in Royalton. The couple made their home in Royalton until moving to Sartell in 1988. Bob worked as a correctional officer for the State of Minnesota for 31 years and retired in November 2013. He treasured his time spent with family and especially his grandchildren, Nicolas, Thomas, Izaac and Rayland. Bob had many hobbies that kept him busy including fishing and hunting with his great friend Rick, socializing with friends, and also being the crew chief for Nelson Motorsports which is their father/son/grandson race team. Bob loved spending time at the family lake cabin and he was an avid fan ofthe Twins, Vikings and sports in general. Bob was always willing to lend a helping hand to anyone.

He was preceded in death by his parents, Robert and Hilarion Nelson; father and mother-in-law, Raymond and Ginny Guck and a brother-in-law, Gene Traxel.

To order memorial trees or send flowers to the family in memory of Robert "Bob" Nelson, please visit our flower store.