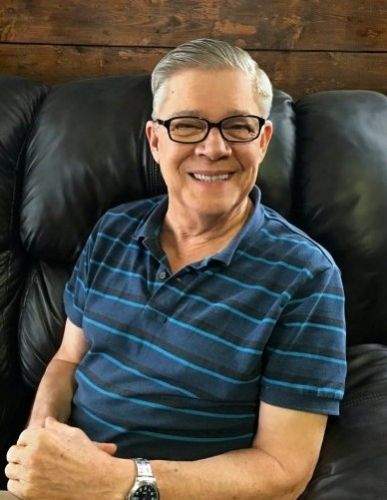 Roger Welle, 72 year old resident of Little Falls, MN died Monday, February 25, 2019 at Highland Senior Living in Little Falls with his loving family by his side. Mass of Christian Burial will be 11:00 A.M. Monday, March 4th, 2019 at Holy Family Catholic Church in Belle Prairie. Father Benjamin Kociemba will officiate and burial will be held in the parish cemetery. Visitation will be held from 3:00 6:00 P.M. Sunday, March 3, 2019 at Holy Family Catholic Church and one hour prior to services at the church on Monday.

Roger James Welle was born on September 27, 1946 to the late Victor and Alvina (Weiss) Welle. He grew up on the family farm and attended Our Lady of Angels Academy in Belle Prairie, MN. He graduated from Father Pierz Memorial High School in Pierz, MN in 1964. After graduation, he worked in Minneapolis, MN. In his twenties, he was an intrepid explorer of the United States, living and working in Nebraska, Arizona, Colorado, California, Louisiana, Florida, and New Jersey.

Roger spent the majority of his career working in sales and collections for Bills Produce and Lombardos Tree Service in Beaumont, TX, Glazier Foods in Houston, TX, Fingerhut in St. Cloud, MN and Pinnacle Financial Group in Monticello, MN. In his early retirement, he worked mornings for a golf club in Mendota Heights, MN.

An avid reader and seeker of knowledge, Roger maintained a collection of historical nonfiction and fiction books as well as over 1,000 National Geographic magazines. Always a farm boy at heart, he deeply enjoyed visits to the family farm and drives in the country. He was an enthusiastic traveler, history buff, recreational golfer, and ardent Minnesota Twins fan. He loved listening to Johnny Cash, the Country Polkateers and old country music. In 2016, he was honored as volunteer emeritus by the Minnesota Historical Society in St. Paul, MN. More importantly to Roger, though, he was a father and took great pride in his daughters. He was delighted to be a doting grandfather.

Rogers family extend heartfelt appreciation to the Highland Senior Living community, especially Jeff Udy, the entire nursing team, and Karen Bell, who have journeyed with Roger since August of 2016.

To order memorial trees or send flowers to the family in memory of Roger J. Welle, please visit our flower store.