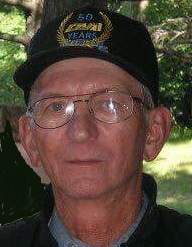 Roger Michael Karnowski was born February 13, 1945 in Little Falls to the late Chris and Julia (Sobiech) Karnowski. The family made their home in Little Falls. Roger attended Our Lady of Lourdes Elementary School. He graduated from Little Falls High School with the class of 1963. He enlisted in the United States Navy on July 30, 1963 and was honorably discharged on July 6, 1967. Roger received the National Defense Service Medal during his time in the Navy. He was united in marriage to Mary Ann Seelen on July 5, 1969, the couple made their home in Little Falls. Roger worked for Crestliner Boats retiring after 38 years of service. Roger enjoyed fishing, deer hunting, gardening, playing dice, especially 654 and cards.

He was preceded in death by his, parents, brothers, Donald and David Karnowski.

To order memorial trees or send flowers to the family in memory of Roger M. Karnowski, please visit our flower store.