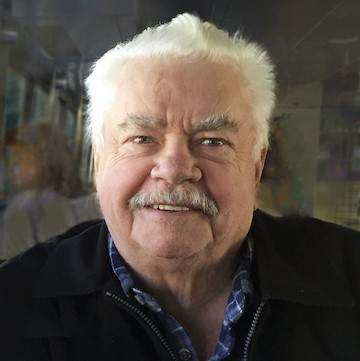 Roger A. Schmidt, 79 year old resident of Parkers Prairie,passed away in peace on March 14, 2019 in Alexandria, MN. Roger was born on April 2, 1939 in Darling Township, MN to Peter and Luella (Nelson) Schmidt.He attended Little Falls High School and graduated with the class of 1957. Roger proudly served his country in the United States Navy from 1959 -1960.He attended the University of Minnesota, graduating in 1976 with a Bachelor of Arts degree in Criminal Justice and Sociology.He served honorably as a Minneapolis Police Department officer from 1964 through 1993.

Roger enjoyed bow, gun, and black powder hunting; a buck deer that he harvested in 1995 was honored by the Boone and Crockets Record Committee.He also enjoyed fishing, collecting antique tractors, and most especially, spending time with his loving family and friends. He will always be remembered for his kindness, generosity, quick wit, and easy-going nature.

A Mass of Christian Burial will be held on Saturday, March 23 at 11:00 A.M. at St. James Catholic Church in Randall with Father Jimmy Joseph officiating. The burial will follow in the parish cemetery. Visitation will be held on Friday, March 22 from 4:00-7:00 P.M. and from 10:00 A.M. until the hour of the service on Saturday at St. James Catholic Church in Randall. Memorials in honor of Roger may be made to the St. Jude Childrens Research Hospital, an organization he tenderly supported (stjude.org).

The funeral arrangements are with Emblom Brenny Funeral Service in Little Falls (320- 632-4393).

To order memorial trees or send flowers to the family in memory of Roger Schmidt, please visit our flower store.