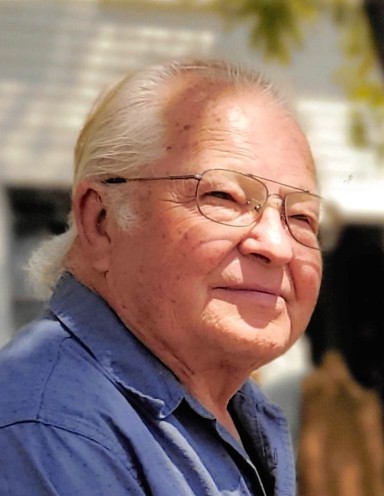 Roger Thommes, of Buckman Township, passed away unexpectedly at the St.Cloud Hospital on Sunday, December 27, 2020. Roger was 79 years old.

A private family service and committal will take place at a later date.

Roger Thomas Thommes was born in rural Buckman, Minnesota to John and Delores (Hesch) Thommes on October 27, 1941. After graduating from High School, Roger enlisted in the United States Army, serving his country proudly for 3 years. After his contract with the Army ended, he met Miss Diane Gall; the two were united in marriage on July 24, 1965 at St. Michaels Catholic Church in Buckman. Their union was blessed with two sons, Kevin and Douglas.

Roger and Diane raised their children in Minnesota before moving to Alaska, where they stayed for 25 years before moving back. Roger worked at Sears in the electronic service department in Alaska before his retirement. He had a passion for fixing things. He could repair anything, if it seemed impossible, he would work with it until he found a way. No matter what was going on around him, he was always willing to drop anything to assist anyone who needed his expert advice and help.

He was the kind of man who always put his family first, with his kind words and gentle nature, he was a role model to his family, teachingthings like fishing, hunting, and unconditional love. He was an avid fisherman, enjoying many hours waiting for that next bite. His greatest catch was Diane and the life they created together.

On Sunday, December 27, 2020 Roger passed away at the St. Cloud Hospital after a brief illness. He was 79 years old.

He is survived by his wife of fifty-five years, Diane; sons, Kevin and Douglas (Eve); grandchildren, Samantha, Justin, Rachel (Mike), Bradley (Sarah) and Darcie; great-grandchildren, Nevaeh and Kendra.He was preceded in death by his parents; siblings, David, Delroy, and Ronald (Jeannie)

To order memorial trees or send flowers to the family in memory of Roger Thomas Thommes, please visit our flower store.