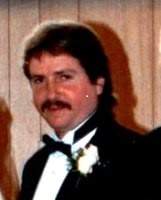 Ronald was born on March 11, 1963 in Onamia, MN to the late Ted and Marie Block. He grew up in the Hillman area and graduated from Onamia High School with the class of 1981. He worked various jobs throughout his life. Due to declining health he moved to Bayview in Red Wing, MN. He enjoyed hunting and fishing.

He is preceded in death by hisparents; brothers-in-law, Douglas Johnson, Wesley Rowcliffe.

The funeral arrangements for Ronald are pending with Emblom Brenny Funeral Service in Pierz, MN.

To order memorial trees or send flowers to the family in memory of Ronald Block, please visit our flower store.