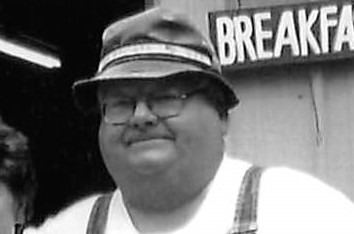 Ronald Shodeen, age 77 resident of Upsala, MN, died Wednesday, May 31 at his home. A funeral service will be held on Monday, June 5 at 2:00 P.M. at the Community Covenant Church in Upsala, MN with Pastor Rudy King officiating. A visitation will be held from 1:00 -2:00 P.M. on Monday at the church. Burial will follow in the Parish Cemetery.

Ronald Elmer Shodeen was born on December 6, 1939 to Manfred and Lois (Stonewall) Shodeen. In 1958 Ronald graduated from Washburn High School in Minneapolis. He was united in marriage to Ruth Verkennis on October 14, 1961 at St. Francis Catholic Church. The couple lived in Minneapolis before moving to Maple Grove in 1969. Ronald worked at the Local 292 IBEW Electrical Union for 40 years. In 2003 the couple moved to Upsala to enjoy their retirement. They have wintered in Lake Havasu, AZ for the last 15 years. Ronald loved riding motorcycle and bringing his dog Rocky on Razor rides. He also liked hunting and driving his 1951 Ford. Ron was a Mr. Fix-it and was always willing to lend a helping hand to his family, friends, and neighbors. Ronald was a member of the National Rifle Association and the National Street Rod Association. He was in the Maple Grove Police Reserve for 15 years.

He was preceded in death by his parents and his son, Keith Shodeen.

To order memorial trees or send flowers to the family in memory of Ronald E. Shodeen, please visit our flower store.