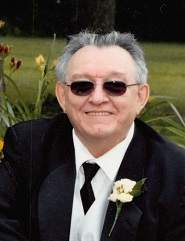 Ronald Gene Schroeder was born January 30, 1948 in Watseka, Illinois to the late Eddie and Evelyn (Taden) Schroeder. He grew up and attended school as a young boy in Watseka, IL. Ronald served in the United States Army from September 19, 1966 and was honorably discharged on September 18, 1972. After his discharge he worked the following jobs: rail road, Coborns grocery in Little Falls, auto body work and welding He was united in marriage to Donna Retka on December 15, 1978. The couple lived in various location throughout their marriage. Ronald enjoyed Motorcycles, Eagles, Native American Memorabilia, and spending time with his grandchildren. He was a member of the Little Falls VFW Post #1112.

He was preceded in death by his parents, Eddie and Evelyn Schroeder; wife, Donna; children, Christopher Schroeder and Vance Schroeder and other relatives and friends.

To order memorial trees or send flowers to the family in memory of Ronald Schroeder, please visit our flower store.