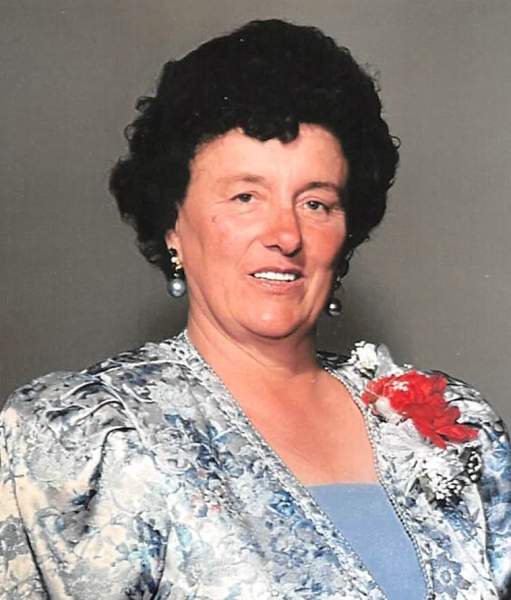 Rosemary Bienek was born on August 30, 1936 in St. Anna, Minnesota to the late Mathew and Mary (Blascziek) Bienek. She attended school in St. Anna as a young girl. After her schooling Rosemary and a girlfriend moved in together and lived and worked in a monastery, cleaning and serving food. Rosemary's brother, John took her and her sister Mary Ann to several area dances and that is where she eventually met her husband, John Anthony Capko. She was united in marriage to John Anthony Capko on June 25, 1958, in St. Anna, Minnesota. They made their home in Culdrum Township, Morrison County, Minnesota. The couple farmed all their married lives. John died on July 23, 1991. Rosemary continued living on the farm and helping her two boys, Larry, and Jerry on the family farm. She enjoyed helping on the farm raising animals and crops. She had a love of peacocks and raised several over the years. Rosemary and her siblings, Anna, Edmond, John, Vincent, Margaret, Maryann and Veronica all grew up on the Bienek Stearns County Century Farm near St. Anna. She was a member of Sacred Heart Catholic Church in Flensburg. Rosemary loved painting, crafting and repurposing items and making them useful again. She treasured her time spent with her grandchildren, Jared and Jack Capko. Rosemary always enjoyed dressing up and looking her best!

Left to cherish her memory are her sons, Larry Capko, Jerry and Maryrose Capko; grandson, Jared (Renee) Capko and a sister, Veronica and many nieces, nephews and friends.

She was preceded in death by her parents; husband, John Anthony Capko; grandson, Jack Capko on November 21, 2011 and her siblings, Anna, Edmond, John, Vincent, Margaret and Maryann.

Emblom Brenny Funeral Service is Cherishing the Memory and Celebrating the Life of Rosemary.

To order memorial trees or send flowers to the family in memory of Rosemary Capko, please visit our flower store.