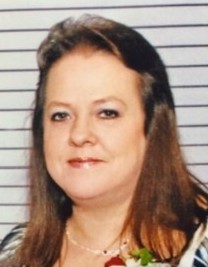 She grew up in the Waite Park, and Bowlus/Royalton area. She married her High School sweetheart Stanley Roketa in 1981, they were married for 39 years. Right After they were married they moved to Florida. She loved the ocean, she could fish, swim, and have a good time, and it did not require a license. She loved to go shrimping where she would catch 5 gallon pails of shrimp, and we would have plenty to eat and drink until the wee hours of the morning. While living in Florida she learned her famous skills to crack crab, shells would even fly across the restaurant and hit other patrons. Sandy moved back to Minnesota in October of 2008 to live in the St Cloud area and then onto Bowlus. This is where she could keep track of her father and her father in-law and mother in-law. They had 4 children Gary, Christina, Jeremiah and Lucas. Which moved to the St. Cloud area as well. After she started having grandchildren, she also was know as Granny. Garys 3 Daughters Jade, Meadow, and Willow. Jeremiahs son Jeremiah Jr, Christinas son William and Lucas daughter Brynlee Rose. Her children and grandchildren meant the world to her. She loved spending time with them as much as possible. For the last 12 years she worked for St Cloud School District at Apollo High School as a kitchen worker. She loved her job and made many friends. They all loved her and her antics. Sandi loved spending time outside at a lake, camping, and fishing. She loved to tell stories about passed events. She was very funny and wasnt scared to share what was on her mind good or bad she said it the way it was. Sandi struggled with having 2 brain aneurysm in the past year and a half, during the year and a half she began to have seizures. Some minor and some major, she was in and out of the hospital regularly. Then during the past several months she had brain bleeds which resulted in 19 brain surgeries. This became to much for her.

She passed away on 8/25/2020. She was preceded in death by both of her parents Helen (Bartz) and Edward Reed; along with 2 brothers, Melvin Reed and Edward Reed Jr.; 2 Great Nephews, and a Sister in-law Arlene Reed (Bieniek)

She is survived by her loving husband of 39 years, Stan; children, Gary, Christina, Jeremiah, and Lucas.

In lieu of flowers, memorials are preferred to the family.

To order memorial trees or send flowers to the family in memory of Sandra "Sandi" Mildred Roketa, please visit our flower store.