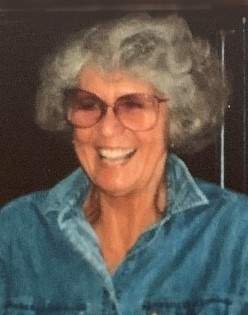 Shirley Irene Meschke was born on October 10, 1924 and was raised on a farm near Grand Meadow, Minnesota by her parents, Sigurd and Clarissa Kvall. Also living with them and greatly influencing her life, were her paternal grandparents, Sever and Inger Kvall.

Shirley graduated Grand Meadow Public Schools where she was a cheerleader and Homecoming Queen of 1941. She married Jerald Meschke after he returned from WWII in 1945 and they started their family on a small farm east of Racine, Minnesota. When Jerald re-enlisted at the beginning of the Korean Conflict, leaving Shirley for that time with two small daughters, they moved their family into town. During their time in Racine, they were very active members of the Racine Methodist Church where Shirley generously offered her time, hot dishes, bars or whatever was needed. Church bazaars, turkey dinners, Bible School, Women's Circle all benefitted from her participation and leadership. She made life-long friends that were only a "party-line" call away. Shirley worked as a cook and served lunches to children at Racine Elementary School. She could be found regularly at Edgar's Gas Station chatting with area farmers and candling eggs. She and Jerald had many mutual friends who enjoyed playing cards, bowling and late-night steak fries over a roaring bonfire.

After moving their family to Owatonna, Minnesota in 1961, she worked part-time at a variety of places including Lincoln Elementary Library, The Crow's Nest, the Steele County Fair Arts Building and the Hallmark Store. When the Owatonna Mall opened, she enjoyed working at Brett's and Country Treasures. In more quiet times she loved to read and complete the daily crossword puzzles in the Owatonna Peoples' Press. Shirley continued to actively participate in First United Methodist Church in Owatonna.

Hunting for treasures and transforming her finds into beautiful pieces of furniture and home decor was a passion for Shirley. When she and Jerald began spending winters in Galveston, Texas, she became an expert sheller, walking the beaches in the early hours of the day to discover what the ocean had washed up the night before. Above all else, Shirley cherished her family. Together they enjoyed picnics, camping, cross-country skiing, fishing, and sporting events. Simply sharing dinner, a birthday, holiday or watching "The Young and the Restless" gave her great joy. Throughout the years, she traveled the state and the country to visit and be with her children and grandchildren. As her family grew, reunions became special times when her extended family came together to reminisce and create new memories.

Shirley died at Diamond Willow in Little Falls on March 8, 2021 at the age of 96 surrounded by people she loved and who loved her. Shirley's husband, Jerald; her sister, Jean Soma of Rochester; and her parents, Sigurd and Clarissa Kvall preceded her in death. All of her children are living; Janice (John) Leffler of Austin TX, Sandy (Bill) Backowski of Little Falls, MN, Karla (Don) Belina of Medford, MN and Jon Meschke of Henderson, NV. Eight grandchildren and six great-grandchildren were what Shirley called "frosting on the cake".

A family celebration of her life will take place in early summer and she will be interred next to Jerald at the Minnesota State Veterans Cemetery at Camp Ripley, MN. A private family service will be held in June.

Memorials can be sent to the Owatonna Public Library.

To order memorial trees or send flowers to the family in memory of Shirley Irene Meschke, please visit our flower store.