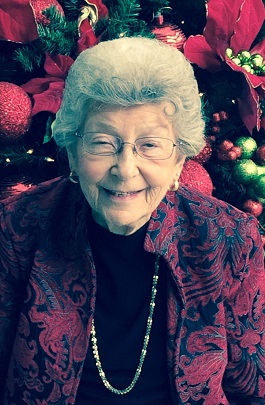 Shirley Stoltman, 92-year-old resident of Brooklyn Park died Sunday, April 14 at Mercy Hospital in Coon Rapids. A funeral service will be held on Tuesday, April 23 at 11:00 A.M. at Emblom Brenny Funeral Service in Little Falls with a visitation from 10-11 AM on Tuesday. The burial will be held at the Minnesota State Veterans Cemetery north of Little Falls.

Shirley Opatz was born on October 28, 1926 in Benton, County, Minnesota to the late Royand Elizabeth (Moehle) Opatz. Shirley attended and graduated from Little Falls High School. She moved to the Twin Cities for a few years. She returned to Little Falls and worked as a bookkeeper and sales for Simonet Furniture. She was united in marriage to Eugene Stoltman on June 18, 1953 in Little Falls. The couple made their home in California. After Debbie and Scott were born, Shirley was a full-time mother until they attended school. Shirley worked as an office manager for many years with the Los Angeles Public School District. Shirley and Eugene lived in California for 64 years. The couple returned to Minnesota on August 14, 2015 due to declining health. Shirley enjoyed sewing, making clothing for her children, crafts, especially painting. She was very articulate with her work. Shirley was a devoted mother caring for her daughter, Debbie for 56 years. She treasured her time spent with her children and relatives.

Left to cherish her memory are her sister, Janet West; sister-in-law, Barbara Osowski; her friends and caregivers at Comfort Keepers and St. Therese, where she resided, and many nieces and nephews.

She was preceded in death by her parents; husband, Eugene Stoltman; children, Deborah Jean, Mary Lou and Scott Alan Stoltman; sisters, Connie Gallus and Marlys Oman and a brother Marvin.

To order memorial trees or send flowers to the family in memory of Shirley Stoltman, please visit our flower store.