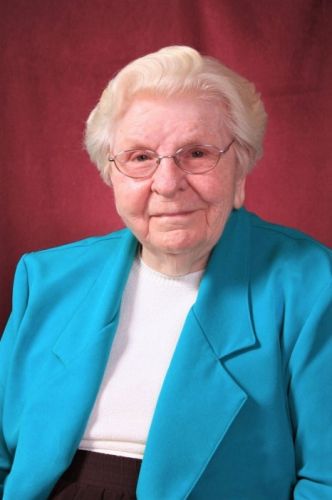 In 1927, Rita started first grade in Bluegrass. In 1930, the Ahles family moved to Kerman, Calif., where She completed grammar school in seven years. Ritas oldest sister, Sister Mary Assumpta, entered the Franciscan Community in Little Falls, Minn. Since the sisters had a high school for girls, Rita was sent there in 1934. On December 8, 1936, Rita entered St. Francis Convent and received the name Sister Mary Antonette. She was the sixth member of the Ahles family to join the Franciscan Sisters and her brother, Jerry, became a Franciscan Friar in California.

Sister Antonette received her RN at St. Francis School of Nursing, Breckenridge, Minn. She did post-graduate studies and graduated from Marquette University, Milwaukee, with a BSN in nursing in 1955. She served as an instructor at St. Francis School of Nursing, Breckenridge, and at St. Gabriels School of Nursing, Little Falls. She obtained a Masters degree in Public Health Nursing in 1964. In her ministry, Sister Antonette utilized all her gifts in nursing, nursing education, home health, pastoral care and migrant ministry. As a pioneer in providing health care to migrant farm workers, she was part of a program initiated in 1969 by women religious to set up clinics in areas where migrant workers toiled in the fields. Sister Antonette was a Public Health Nurse in Nacogdoches, Tex.; was a staff educator and pastoral minister at Sacred Heart Home, Plattsburgh, N.Y.; and also did pastoral ministry at Holy Family Parish in Chimayo, N. Mex. Later she served as Development director for the Franciscan Sisters.

Sister Antonette had a quick wit and a great sense of humor and could entertain others with her delightful storytelling. As a way of relaxation, she enjoyed reading, crocheting, painting and taking road trips, often accompanied by her sisters.

A Memorial Mass will be held at a later time.

To order memorial trees or send flowers to the family in memory of Sister Mary Antonette Ahles, please visit our flower store.