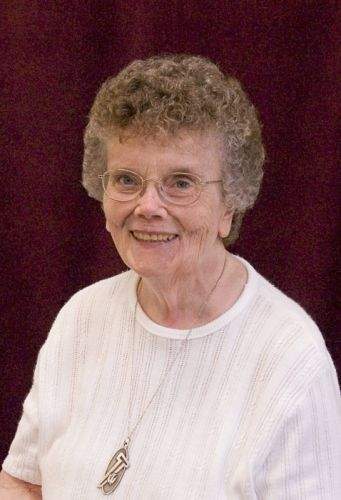 A Memorial Mass will be held Monday, December 13, 2021, for Franciscan Sister Maureen Kelly, 90, who passed away November 20, 2020. The Memorial Mass will take place at St. Francis Convent, Little Falls, at 11 am with a visitation from 9:30-11 am. Masks are required. Mass will be livestreamed on YouTube: https://www.youtube.com/channel/UCiyFvZ53PAfd1apBC88kEuQ

She ministered as an elementary teacher and principal, and pastoral and spirituality/retreat minister. She was also a core member of the original Franciscan House of Prayer, a regional director and assistant minister in her Franciscan Community.

Sister Maureen served in Diocese of St. Cloud and Archdiocese of St. Paul and Minneapolis; Selmer, Tenn.; and at Berakah House of Prayer in Pittsfield, N.H. She also did ecumenical ministry at St. Johns University in Collegeville where she ministered with and became a close friend of the renowned priest and professor Henri Nouwen.

Maureen had one sister, Barbara Walther. The girls were close. They attended Our Lady of the Angels Academy in Bell Prairie and from there St. Francis High School.

Sister Maureen was a quiet, reflective and gentle person with a profound love for God and for Gods people to whom she ministered. Celebrating her golden jubilee, she said, As I enter into the future unfolding one day at a time, I hear Francis continue to say: I have done what was mine to do; may Christ teach you what you are to do.

Sister Maureen was preceded in death by her parents and her sister Barbara Walther. She is survived by her nieces Ann Doyle and Nancy Walther, nephew Allen Walther, close friend Joanne Wessman and her Franciscan Community.

A private burial service was held on November 21, 2020. A memorial Mass will be celebrated at a later date with family and friends. The arrangements are with Emblom Brenny Funeral Service in Little Falls.

To order memorial trees or send flowers to the family in memory of Sr. Maureen Kelly, please visit our flower store.