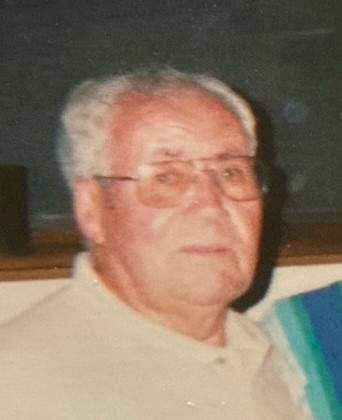 Stanley Orville Lukenbill, 90 year old long time resident of Big Falls, MN, current resident of Royalton, MN, died Wednesday, August 3. There will be no funeral per his wishes, he will be laid to rest at Gremmel Cemetery at a later date.

Stanley was born March 5, 1932 to the late David and Cora (Cook) Lukenbill in Orth, Minnesota. As a young boy his family moved to Spokane, WA to be closer to family. After the death if his mother he moved back to Minnesota. He was drafted into the United States Army and served his Country for two years and was honorably discharged. He met the love of his life Esther McMillen, and they were married on April 16, 1960 in Cloquet, MN. The couple made their home near Big Falls, MN for over 60 years. Stanley worked for Page & Hill Forest Products for over 50 years. He enjoyed fishing, hunting and other outdoor activities.

Emblom Brenny Funeral Service is Cherishing the Memory and Celebrating the Life of Stanley. 320-632-4393.

To order memorial trees or send flowers to the family in memory of Stanley Lukenbill, please visit our flower store.