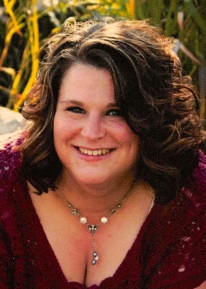 Stephanie Fyten- Malinowski was born on April 6, 1976 in Little Falls, MN to Jerome and Judy (Chelmo) Fyten. She was united in marriage to Jerry Malinowski on April 5, 2013 in Little Falls. The couple made their home in Pierz. Stephanie worked at Truth Hardware, KFC, Bernicks, CDI and Reds Auto and Bait. She loved cooking and canning. Stephanie enjoyed going to the movies and out to eat. Steph loved to vacation on Lake Superiors north shore with Jerry. She was a member of St. Michaels Catholic Church in Buckman and the Christian Mothers. Stephanie loved and would do anything for her kids and husband. She would help around the farm when needed.

Stephanie is survived by her husband Jerry, children, Jacob Klein of Holdingford and daughter, Shelby Malinowski of Pierz, mother, Judy Fyten of Pierz and brother, Jason (Bonnie) Fyten of Pierz; niece, Nolah Fyten and nephew, Henry Fyten and many relatives and friends.

She was preceded in death by her father Jerry Fyten and brother Shannon Fyten and her father-in-law, Joseph Joe Malinowski.

The arrangements are with Emblom Brenny Funeral Service in Pierz, MN.

To order memorial trees or send flowers to the family in memory of Stephanie Fyten-Malinowski, please visit our flower store.