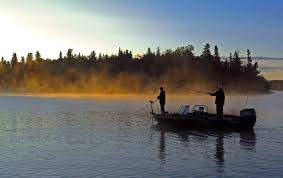 Steven Michael Fimon, 60 year old resident of Little Falls died Monday, December 13 at his home in Little Falls. A private family service is being planned for the spring of 2022.

Steven Michael Fimon was born on September 9, 1961 in Todd County, Minnesota to Gordon Fimon and Margie (Karsten) Morawczynski. He attended school in Little Falls. He served in the Army National Guard for a short time and was honorably discharged. He loved fishing, shopping, tinkering, taking care of small animals, a piece of candy, singing especially, Johnny Cash and other music.

He was preceded in death by his father, Gordon Fimon and step-father, Marcus Morawczynski.

The arrangements for Steven are with Emblom Brenny Funeral Service. 320-632-4393.

To order memorial trees or send flowers to the family in memory of Steven Fimon, please visit our flower store.