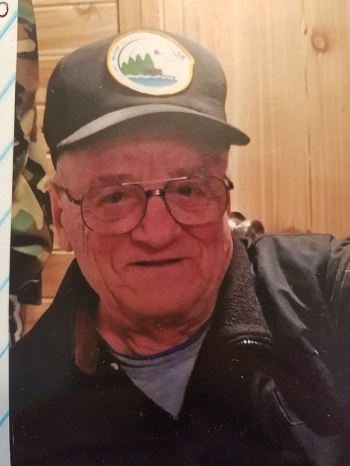 Tom, the oldest of three children, was born December 8th, 1942 to Harold V. and Irmina (Poepping) Meyer in Little Falls Minnesota. He received his education among family and friends and graduated from Memorial High School in 1961. He served in the Minnesota National Guard and attended the University of Minnesota briefly before returning home to work with his family in the meat cutting business. After buying the business from their father, Tom and his brother Chuck worked side by side for many years in the small shop located in the center of Pierz known well to neighbors, local farmers and the many travelers who would stop for wieners and sausage for their trip to the lake. Tom was a regular customer at the bar across the street where he often stopped to talk hunting, fishing and baseball with family and friends, but everyone knew about that special visit he made Thursday at noon when the bologna was coming straight from the cooker.

Thomas married Jeanette Toutges in 1965 and had three children. At Nettes encouragement he learned to enjoy dancing. Playing cards was a competitive sport, but was also a skilled rifle and bow hunter, talented baseball player, and snowmobile instructor which he enjoyed sharing with anyone who was interested, especially his children and grandchildren. As a member of the Pierz fire department, his pants laid on the floor next to the bed for 36 years ready to be stepped into with the ring of the phone. Out the door quick and coming home dirty was common whether he had been at work, at a fire call, cutting wood for the smokehouse or up North hunting with the Buck Club. Tom was an avid fisherman and enjoyed fly-in trips to Canada. He spent many hours on Mille Lacs and surrounding lakes hunting walleye, crappies and the, not so elusive, can fish or bottle bass. After selling the meat market, Tom semi-retired to truck driving, hauling grain for farmers where he could exchange long stories and fish finding tips. He will be missed by many for his sharp knife skills and willingness to share (and sometimes overshare) his time, talents, stories and cold beer.Even in death, Tom had selflessly chosen to donate his body to the Anatomy Bequest Program at the University of Minnesota for medical education and research.

Thomas is survived by loved ones, Nette; children, Susan (John) Chaika of Little Falls, Steve (Kelly) of Henning, Sarah (Whitey) Funk of Buckman; grandchildren, Nathan and Jordan Chaika, Kate, Alex and Adam Funk, Logan and Nicky Meyer; brother, Chuck (Judy) Meyer of Pierz; sister, Mary Grzeskowiak of Rogers along with nephew, Patrick, and nieces, Angela, Jodi and Julie. He was preceded in death by his parents and brother-in-law, John Grzeskowiak.

In lieu of flowers memorials are preferred to Wounded Warrior Project:

To order memorial trees or send flowers to the family in memory of Thomas J. Meyer, please visit our flower store.