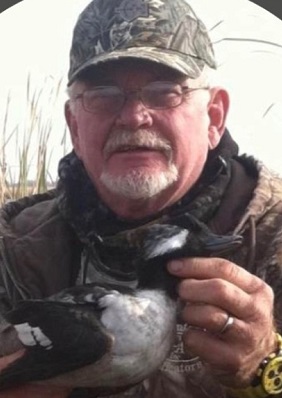 He was born on November 29, 1949 in Pipestone, MN to Theodore and Velma (Cambern) VanHove. He was married to Linda Boehm on October 24, 1970. Tom worked in the Boating Industry until 1990. Tom and Linda moved to Little Falls in 1993. He taught Emergency Medical Service at the St. Cloud Technical College. He owned TMV Safety for many years and ran the streets with Gold Cross Ambulance. Tom was an avid outdoorsman. He enjoyed sitting by the campfire, hunting, fishing and camping. He especially loved hunting trips to North Dakota with his family. He also loved spending time with his grandchildren and great-grandchildren. He was a member of The First United Church, Eastern Morrison County Sportsmen Club, EMSRB and American Heart Association. Tom was never shy on commenting on any topic! He was loved by everyone he encountered!

Honorary Casket Bearers will be area Emergency Medical Services that Tom has taught throughout the years.

The arrangements for Tom are with Emblom Brenny Funeral Service in Little Falls, MN.

To order memorial trees or send flowers to the family in memory of Thomas "Tom" Vanhove, please visit our flower store.