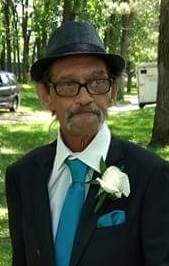 Thomas A. VanScoik, 57 of Little Falls, died Saturday, December 8, 2018 at his Residence. A private family service will be held at a later date.

He was born December 27, 1960 in Saint Cloud, Minnesota to Elmer and Shirley (Delles) Van Scoik. Thomas grew up in Saint Cloud, MN. He was united in marriage to Gail Minnerath on March 27, 1985. In the early 1990s the couple moved to Little Falls. He worked for the following companies while living in Little Falls: Falls Fabricating, IWCO, Larson Boats, Golden Plump and as an Arborist.

To order memorial trees or send flowers to the family in memory of Thomas Van Scoik, please visit our flower store.