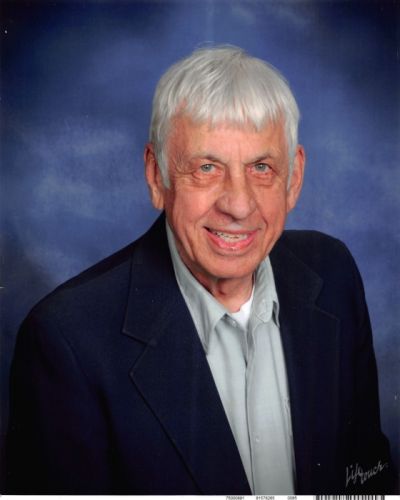 Tom Schumacher, 76 year old resident of Little Falls, MN passed Sunday, October 15, 2017 at the St. Cloud VA Medical Center in St. Cloud, MN. Mass of Christian Burial will be at 2 PM on Friday, October 20 at St. Marys Catholic Church in Little Falls, MN. A visitation will be from noon 2 PM on Friday prior to the service at the church. Burial will be in the parish cemetery.


Thomas Tom Donald William Schumacher was born at St. Gabriels Hospital in Little Falls, MN to Conrad and Mabel (Russell) Schumacher at 7:07 PM on the 7th of May in 1941. He attended St. Marys Grade School through the 8th grade, and graduated from Little Falls Community High School in 1959. As an early entrepreneur, he delivered the Minneapolis Star Newspaper to 2nd St. SE and the hospital from 1947 to 1957, and had a lawn mowing service during the summers, doing many lawns and two cemeteries with three helpers. Tom married Dona Boschee on October 28, 1961. They had one son, Patrick on October 28, 1972. The couple divorced in 1997. Tom was a special friend with Donna Bates for nine years until her death in 2014. Tom attended Moorhead State College, St. Cloud State College, Dunwoody Technical School, and graduated from Brown School of Broadcasting Electronics in 1963. He started broadcasting in West Bend, WI; next to KGPC in ND; and then to KDOM in Windom, MN. In 1965, he was chosen to be a plain-clothes state inspector for the Secretary of State, Joseph Donavan. Tom received his draft notice and joined the US Navy. He had 13 duty stations, including two in Vietnam, participating in Sea-Lab III. He was sent to special Army School and in 1967 became a US Navy journalist. While in the Navy, Tom worked part-time under the stage name of Don E. Thomas at radio stations from Hawaii to the east coast; including KCON, KENT, WXHL in Maryland, WNSH in Virginia, and WGH Headline News. After his honorable discharge, he was a news anchor at KTIV in Sioux City, IA then to KVOX in Moorhead, MN. Tom joined Holiday Tours Transportation driving charters to Canada and throughout the USA. He then worked for National Car Rental in the E-Z Haul Division. After that division closed, the family moved back to Little Falls so Tom could run for Morrison County Auditor. Although he carried the county, he lost the Little Falls vote and was defeated twice. Tom started P.J. Enterprises, a few small sales companies like Seliart Trailer Manufacturing, Tension Distributers, and was wiped out after a year in the recycling business of Can Plus losing their entire life savings when the city went curbside. Tom went to work for Polman Transfer in Wadena for four years, and then sold trucks for GATR in Sauk Rapids. He delivered new buses for New Flyer and MCI, and also was a part-time radio announcer for WYRQ radio in Little Falls. Tom was one of the founding members for the Lone Eagle Auto Club, a member of the Morrison County Fair Board, Honorary Life member of the American Legion Post 46, former chaplain of 6th District American Legion, member Voiture 1804 of 40 8, life member of VFW Post 1112, life member of Vietnam Veterans Association, member of USS Enterprise and USS Constellation Associations.


Tom is survived by his son, Patrick of MO; grandson, Alex of MO; brother, Charles of Perham, MN, and Robert of Little Falls, MN.


He is preceded in death by his parents; brother, John; sisters, Mary, Francis, Irene; and significant other, Donna Bates.


In lieu of flowers memorials are preferred.

To order memorial trees or send flowers to the family in memory of Tom Schumacher, please visit our flower store.