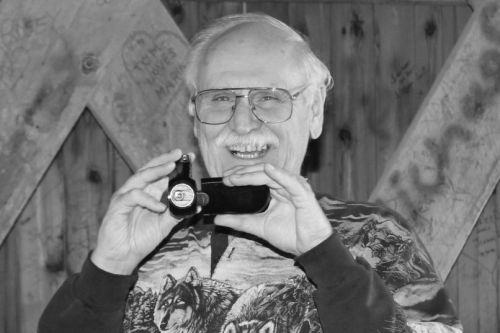 
Victor was born December 23, 1946 to Victor and Gladys (DeVault) Zellgert in Wheeling, West Virginia. He graduated from Long Prairie High School. After school, Victor enlisted in the Navy and proudly served the United States Military on the USS Vesuvius. Victor worked as a clerk for the Little Falls Post Office. Later, he switched to the St. Cloud Post Office as a Postal System Examiner. His passion for his work led him to hold office as Postmaster in Grand Rapids, MN for 17 years and Little Falls, MN from 1998 to Spring of 2006.

In 1965, Victor met the love of his life, Judith Forrest. The couple were married on March 28, 1967. Together they had four children. Victor had a strong love of music. His interest drew him towards learning the violin. He played with his family ensemble every Sunday, the Itasca Community Center Orchestra in Grand Rapids, Heartland Symphony Orchestra in Brainerd, and Long Prairie Chamber Orchestra.

In addition, he was a fireworks enthusiast, and participated in creating fireworks displays. He was a member of the Pyrotechnic Guild International and the Northern Lighters Fireworks Club.

Victor enjoyed shooting pool games with his family. He played in a local pool league and tournaments.

Victor had a huge heart and loved fully. His kindness, humor, and love will be deeply missed.

To order memorial trees or send flowers to the family in memory of Victor Albert Zellgert, please visit our flower store.