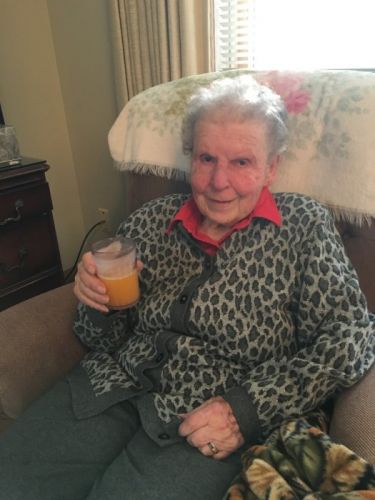 Virginia Mary Doucette was born February 22, 1922 in Little Falls, MN to the late Edmund and Aurelia (LaForce) Doucette. She attended school until the eighth grade. She worked in Civil Service during World War II sewing and mending military service uniforms. Virginia was united in marriage to Clarence Borash on January 19, 1943 at Holy Family Catholic Church in Belle Prairie, MN. The couple made their home in Royalton, MN. Clarence died on April 9, 2002 and Virginia continued living in Royalton. She was an active member of Holy Trinity Catholic Church, member of the Christian Mothers and St. Kathern Missions. She treasured her time spent with elderly relatives and caring for them. Virginia had a love of canning, gardening, sewing and fishing.

She was preceded in death by her parents; husband, Clarence; brothers, Melvin Doucette and Daniel Doucette.

To order memorial trees or send flowers to the family in memory of Virginia Borash, please visit our flower store.