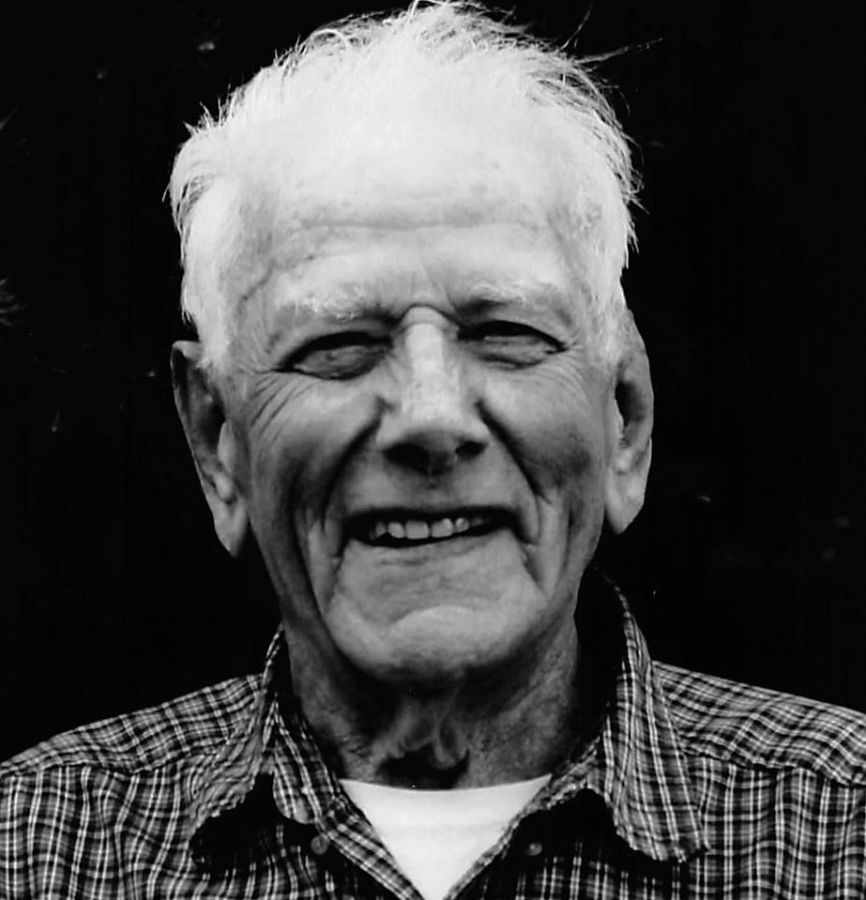 Wallace Edwin Pomrenke, 95 year old resident of Pierz, MN died at his home on Friday, May 7. A visitation will be held from 3:00-7:00 P.M with a funeral service at 6:00 P.M. on Friday, May 14 at Emblom Brenny Funeral Service in Little Falls.

Wallace Edwin Pomrenke was born on September 10, 1925 in Perkins County South Dakota just outside of Hettinger, to the late Herman and Mary Etta (Campbell Bryant) Pomrenke. He grew up and attended school in Peever, South Dakota completing the 8th grade.

After seeing Betty (Elizabeth Gronewold) walking on the sidewalk in Watertown, SD, Wallace courted and married Betty Gronewold on June 18, 1947 in Watertown, SD. They moved to the Black Hills, then to Portland, OR, back to Watertown, SD, then to Pierz, MN in 1957.
Throughout Wallace's life he was a gold miner (Homestake Gold Mine, Lead, SD), Brakeman for the M&SL railroad, streetcar conductor (Portland, OR), North American Van Lines driver/furniture mover, dairy farmer, diesel mechanic, belly dump truck driver, and most recently, day trader on the stock market. As in Wally's words, he was a jack of all trades but a master of none!

The arrangements for Wallace are with Emblom Brenny Funeral Service in Little Falls, MN. 320-632-4393.

To order memorial trees or send flowers to the family in memory of Wallace Edwin Pomrenke, please visit our flower store.