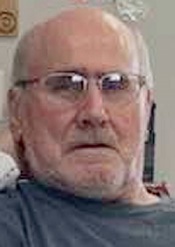 Walter Wally Fyten was born on April 24, 1945 in Columbia Heights, MN to the late Walter and Julia (Kuper) Fyten. The family moved to Morrison County when Wally was a young boy. They resided one and half miles South of Buckman. Wally attended school in Pierz until the 10th grade. He had a love of farming and worked for his brother, Jerry for many years on the family farm. Wally enjoyed tending to the animals and assisting with any task that was needed on the farm. He was united in marriage to Karen in August of 2004. The couple made their home in Little Falls and for the past year in Royalton. Wally enjoyed watching TV especially the Minnesota Twins and Minnesota Vikings, painting ceramics and going for walks. He volunteered for Pine Grove Zoo and the Morrison County Food Shelf in Little Falls. He will be remembered as a loving husband, brother, uncle and friend.

To order memorial trees or send flowers to the family in memory of Walter "Wally" Fyten, please visit our flower store.