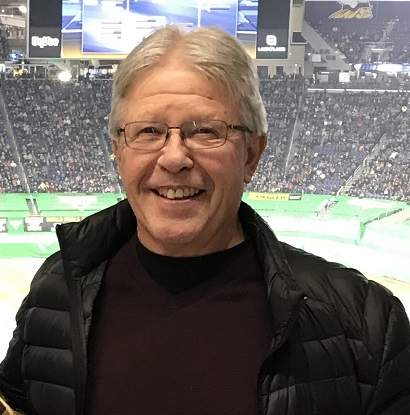 Wayne Vaverek, 68-year-old resident of Cushing, MN died Sunday, December 9 in an accident while ice fishing on Fish Trap Lake. Funeral service will be 11:00 AM Saturday, December 15, 2018 at Bethany Lutheran Church in Cushing. Pastor Hank French and Chaplain Bob Mueller will officiate. Visitation will be held Friday, December 14, 2018 at Bethany Lutheran Church in Cushing from 5:00 8:00 PM with a prayer service and time of sharing at 7:00 PM. Visitation will be held from 9:30 AM until the start of the funeral service on Saturday at the church.

Wayne was born January 11, 1950 to Roman and Stella (Lyshik) Vaverek in Little Falls. He graduated from Little Falls High School in 1968. Following his schooling he enlisted with the United States National Guard serving his Country for 10 years. Wayne married the love of his life, Diana Hiatt, on July 9, 1971 at Bethany Lutheran Church in Cushing. The couple made their home in St. Cloud for many years. Wayne was a Co-owner of Peterson Brothers Sanitation in St. Cloud from 1978 1986 and Co-owner of Brainerd Amusement from 1990 until his retirement in 2013. The couple made their home on Fish Trap Lake since 2001. In his spare time, he enjoyed fishing especially his fishing trips to Canada. Wayne was a jokester and held no qualms for pulling a fast one on anyone. To his family and friends, Wayne was known as the dart thrower, card player, cribbage master and a good armchair quarterback. Wayne treasured his time spent with his family especially his granddaughters and watching them figure skate. The road trips with Diana were very memorable times. He was a member of Bethany Church in Cushing for many years.

He was preceded in death by his parents; and a sister, Deanne Gavigan.

To order memorial trees or send flowers to the family in memory of Wayne Vaverek, please visit our flower store.