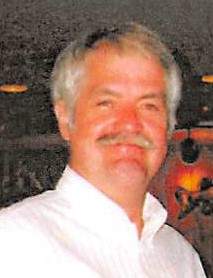 William Balck, 71-year-old resident of Little Falls formerly of Royalton, died on Monday, February 21 at his home in Little Falls. A Memorial Mass will be held on Saturday, March 5 at 11:00 A.M. at Holy Trinity Catholic Church in Royalton, MN. A visitation will be held from 10:00 A.M. until the hour of the service on Saturday at the church. The burial will be held in the parish cemetery.

William Balck was born on March 3, 1950 in Crookston, Minnesota to the late William and Sophie (Lazarz) Balck. He grew up in North Dakota and was active with the Boy Scouts as a young boy. The family later moved to Minneapolis, MN where he graduated from High School. Bill attended college for a few years until he found his love of driving truck, He was united in marriage to Marilyn Doble on October 8, 1988 at Bethel Lutheran Church in Little Falls, MN. The couple lived in Willmar for a few years, where Bill was active with the Eagle's Club. He was a professional truck driver for over forty years. Bill drove belly dumps and bulk trucks for the following companies as an over the road and local driver: Dave Carlson Trucking, Multi Foods, Inc, Bursey Trucking, Stemm Transfers, DL Excavating and Flat Land Express Transport. In his retirement years he worked at Johnny C's Sports Bar in the Janitorial Services. Bill loved to hunt, fish, and visit with his friends at Johnny C's Sports Bar.

Emblom Brenny Funeral Service is Cherishing the Memory and Celebrating the Life of Bill. 320-632-4393.

To order memorial trees or send flowers to the family in memory of WIlliam "Bill" Balck, please visit our flower store.