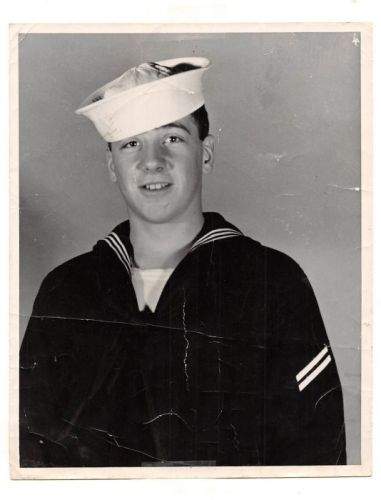 William Jacob Blaisdell., Jr, 79 year old resident of Pierz, MN, died on Tuesday, December 6, 2016 at the Harmony House in Pierz, MN. A Memorial Gathering will be held on Saturday, December 10 from 12-2 PM with a time of sharing at 1:30 PM.at Emblom Brenny Funeral Service in Pierz, MN. The burial will be held on Tuesday, December 13 at 12 PM at the Minnesota State Veterans Cemetery north of Little Falls, MN. The Hillman American Legion Post #602 will provide the military honors.

William J. Blaisdell was born November 26, 1937 in Morrill Township, Morrison County, Minnesota to the late William and Marie (Begordis) Blaisdell. He grew up in Morrill, MN, where he attended District #113 country school. He graduated from Foley High School. William enlisted in the United States Navy on December 30, 1954 at the Ninth Naval District, Great Lakes, Illinois. He received the Good Conduct Medal while serving his country. He was honorably discharged on November 26, 1958. He was united in Marriage to Mary Jo Poshek from 1966-1977. William returned to Minnesota and began his 25 year career with the Twin Cities Iron Workers Local #512. He helped construct the IDS Center in Minneapolis, the Met Center in Bloomington and the Silos in Duluth. He enjoyed playing cards, going to the casino, deer hunting and listening to Old Time Music.

To order memorial trees or send flowers to the family in memory of William Blaisdell, please visit our flower store.