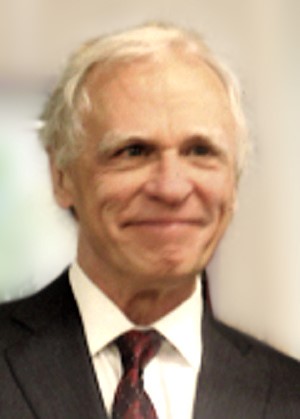 William C. Robbins Jr., Celo Vec, 66-year-old resident of Little Falls, passed away Thursday, March 31, 2016. A celebration of Celos life will be held at First Lutheran Church in Little Falls on Sunday, April 10, at 2:00 pm in the afternoon, visitation one hour prior to the service.

Celo was born in Boise, ID on November 15, 1949, the son of William and Mary Margaret Robbins. They moved to Schenectady, New York, where Celo grew up, attended school and studied cello with Arthur Catricala at the Schenectady Conservatory of Music.After high school, Celo matriculated at Yale University, where he majored in Music Theory and Composition, studying cello with Aldo Parisot, and conducting with Gustav Meier, both at Yale School of Music. While at Yale, Celo toured Eastern Europe and Russia singing bass with the mens Russian Chorus, then during his junior year, when women were admitted for the first time, he founded and conducted the Yale Slavic Chorus. This Slavic Chorus recently celebrated their 45th reunion, the oldest all-womens singing group at Yale University. Celo graduated in 1971 and knew that he wanted to devote his professional career to performance rather than to academics, so moved to northern California. He soon found Mendocino, an exquisitely beautiful artist colony and fishing village on the Pacific Ocean some 150 miles north of San Francisco, where he taught himself to play the violin. For the next ten years, he met, learned from, and shared in a most remarkable community of artists. He played regularly with members of The Byrds, The Grateful Dead, Jefferson Starship, Steely Dan, Paul Horn, and Jimmy Giuffre. Celo greatly valued being a member of the band Cat Mother, who had moved to northern California after being discovered at Woodstock by Jimi Hendrix. He became steeped in the wonderful storied history and philosophy of personal integrity of this music that is so deeply a part of the fabric of American culture. Celo travelled widely, playing in the smallest towns and biggest cities in America. He learned many things how deeply music is ingrained in the human psyche, a spiritual expression of universal significance; that there are marvelous musicians everywhere, scattered like seeds of the muse. He lived in San Francisco, Austin, Portland, Maui, and many other places. He toured with the Gatlin Brothers, Tracy Chapman and was inducted into the Portland Rock n Roll Hall of Fame. Celo was an editor for the hymnal department of Oregon Catholic Press and so was able to exercise some of the analytical and compositional skills he had acquired in his academic training. In the late 1990s during a trip back to Mendocino, he met his beloved spouse, Carol. Soon the need to care for her aging parents brought them back to Minnesota, where he began teaching the family of bowed strings to children and adults in Little Falls and surrounding communities. During the next 15 years Celo taught a multitude of students, and created and conducted three string orchestras. Due to the success of his orchestral programs, he earned the 2009 Sally Award for Education by the Ordway Theatre. In 2008, Celo went to New Haven, CT to reune, celebrate with and conduct the Yale Slavic Chorus, and to marvel at the magnificent tree which had grown from a seed he planted forty years prior. Celo had a brilliant mind and an exuberant passion for music. His mastery of stringed instruments, combined with his extraordinary skill of communication, made him an unparalleled teacher of violin, viola, and cello. Another of Celos creations is Sestri, a Slavic chorus of 18 women who have performed in the Little Falls area for the last 6 years. Celos passion for music came through every fiber of his body, and stirred Sestri to sing with his love, energy, and gusto. Celo was a generous man with an enormous heart; he was dearly loved and will be sadly missed by all those lives he has touched. His beautiful spirit now lives on in the lovely music played and sung by all of the seeds he planted with his creative genius.

He was preceded in death by his parents, William and Mary Margaret Robbins.

We have lost a beautiful soul.

In lieu of flowers, memorials given will be used to establish a music scholarship fund in Celos name.

To order memorial trees or send flowers to the family in memory of William (Celo V'ec) Robbins, please visit our flower store.