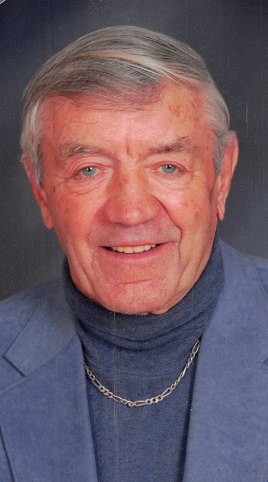 William M. Wiczek, age 85, of Little Falls passed away on August 20, 2018 at his home. Mass of Christian burial will be 11:00 A.M., Friday, August 24, 2018 at Our Lady of Lourdes Catholic Church in Little Falls. Father Ben Koceimba will officiate and burial will be held at the Minnesota State Veterans Cemetery in Little Falls. Visitation will be 9:00 A.M until the start of Mass on Friday at the church.

William was born April 6, 1933 to John and Anastasia (Yanta) Wiczek in Little Falls. He was a graduate of Little Falls High School of the class 1952. He was united in marriage to Marlene Zyvoloski on May 23, 1960 at St. Stanislaus Catholic Church in Sobieski. The couple made their in Pike Creek Township. Bill was in the National Guard for 40 years and was very proud of his military service. He also worked in the CSMS Department at Camp Ripley for over 40 years before his retirement. Bill raised Black Angus beef cattle on the Wiczek-Yanta family farm. He was a member of the Bowlus American Legion Post #642, Sobieski Lions and Our Lady of Lourdes Catholic Church.Bill enjoyed hunting, fishing, spearing, snowmobiling, collecting Allis Chalmers Tractors and getting together with the Bigger Buck Boys at Ash River near Kabetogama.

Arrangements are with Emblom Brenny Funeral Service in Little Falls.

To order memorial trees or send flowers to the family in memory of William Morris Wiczek, please visit our flower store.