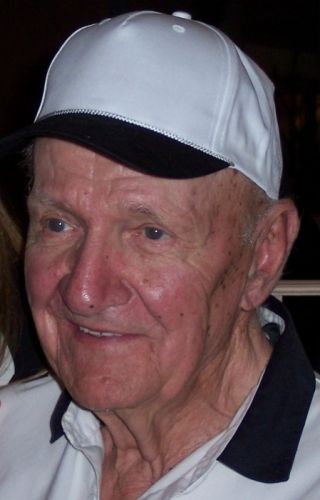 William O. Krause was born on December 25, 1926 in Superior, WI. His parents were the late Peter and Mary (Copa) Krause. William grew up in Little Falls, where he attended school. William served his Country in The United States Navy, United States Marine Corps and the United States Army. He was a helicopter pilot for 17 of his 20 years. He served during World War II and the Vietnam War. William was united in marriage to Mary Lou Yardley January 2, 1951 in Chicago, IL. The couple lived in various states during, Williams military career. He served as Hubert H. Humphreys pilot during his time stationed in Minneapolis. William owned and operated his own helicopter business for a few years. He served as a deputy sheriff under sheriff Fred Pelzer for eight years, sold RVs for Hilmerson RV, sold used vehicles and operated carnival games for a few years.

He enjoyed deer hunting, shaking dice and drinking coffee at the West Side Caf in Little Falls.

He was preceded in death by his parents and wife.

The family would like to thank the staff of Diamond Willow Assisted Living and CHI Hospice for the kindness and care they provided.

The arrangements for William are with Emblom Brenny Funeral Service in Little Falls.

To order memorial trees or send flowers to the family in memory of William O. (Amby) Krause, please visit our flower store.