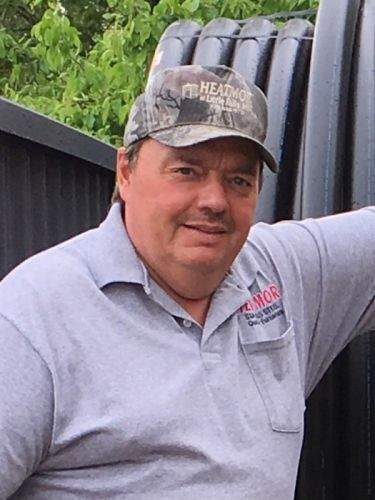 William Bill Buermann, 59 of Little Falls, died Tuesday, December 1, 2020 at St. Cloud Hospital due to Covid-19 with his family by his side. A visitation will be at Emblom Brenny Funeral Service on Friday, December 4 from 4:00 - 7:00 P.M. and at St. Stanislaus Catholic Church, Sobieski on Saturday from 10:30 - 11:30 A.M. A Mass of Christian Burial will be held December 5, 2020 at 11:30 A.M. at St. Stanislaus Catholic Church, Sobieski with Father Jimmy Joseph officiating. Interment will be in the St. Stanislaus Catholic Cemetery in Sobieski.A Knights of Columbus Office of Dead will be said at 6:00 P.M. on Friday evening at the funeral home. The Mass will be lived streamed on the Tri-Parish Catholic Community of Sobieski,Flensburg and Randall Facebook Page at 11:30 AM on Saturday, December 5.

William Buermann was born on May 6, 1961 in Paynesville to the late John and Lorraine (Hageman) Buermann. He grew up in the Paynesville area and graduated from Paynesville High School with the class of 1979. As a young boy he attended St. Agnes Catholic Church in Roscoe where he was Baptized. Bill was united in marriage to Dorine Wegner on November 21, 1986 at St. Agnes Catholic Church in Roscoe. The couple made their home in Roscoe for a short time. The family moved to Little Falls during the 1991 Halloween Blizzard, that was just one of the many family adventures they would enjoy during Bills life. He was a successful and hardworking man. He owned and operated the following businesses: HEATMOR of Little Falls and Bills welding for several years. Bill was an inventor and was always thinking of how to make a project better especially with his aluminum welding. His favorite line was Work Smarter Not Harder. He treasured his time spent with his wife, children and grandchildren. He enjoyed going to his secret spot hunting, fishing and ice fishing. Bill will be remembered for his kind heart and quick wittedness. He was a member St. Stanislaus Catholic Church and the Knights of Columbus.

He was preceded in death by his parents, John and Lorraine and an infant sister, Mary Buermann.

To order memorial trees or send flowers to the family in memory of William "Bill" L Buermann, Sr., please visit our flower store.