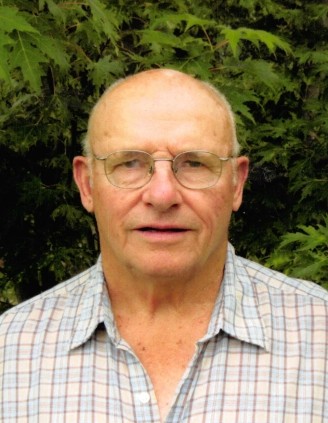 Willis R. Schlegel, 85 year old resident of Harding, MN died Wednesday, March 27 at his home in Harding. Mass of Christian Burial will be 11:00 A.M. Tuesday, April 2, 2019 at Holy Cross Catholic Church in Harding. Father David Maciej will officiate and burial will be in the parish cemetery. Visitation will be held from 4:00 8:00 P.M. Monday, April 1, 2019 at Holy Cross Catholic Church in Harding and again from 9:00 A.M. until the start of the service on Tuesday at church. The rosary will be prayed at 4:30 P.M. on Monday evening at the church followed by Parish Prayers at 7:00 P.M.

Willis was born February 3, 1934 to Christ and Barbra (Meyer) Schlegel in Little Falls. The family moved to the Harding area when Willis was 2 years old. He attended school in Harding. He farmed with his family following the death of his dad. He was united in marriage to Luella Motschke on September 28, 1963 in Buckman, She was the love of his life. Together the couple operated the farm in Pulaski Township. He also worked for 53 years for Burlington Northern Railroad. He often would drive to work with his lifelong child hood friend Butch Smude. They put the T in team and also in trouble. Together they were known for their hard work ethic, but also their shenanigans. Willis became a care giver for his wife until her passing. The focus of his love then became his granddaughters. Willis was an active member of Holy Cross Catholic Church and the President of the Holy Name Society at the parish. He also was a 50-year member of the Knights of Columbus. Willis had a great sense of humor and always looked forward to spending time with his family and friends. He had a big heart and always had time to share with others; never missing a funeral, wedding or community event. Willis was truly an example of kindness and generosity; he will be deeply missed by all who knew him.

To order memorial trees or send flowers to the family in memory of Willis Robert Schlegel, please visit our flower store.