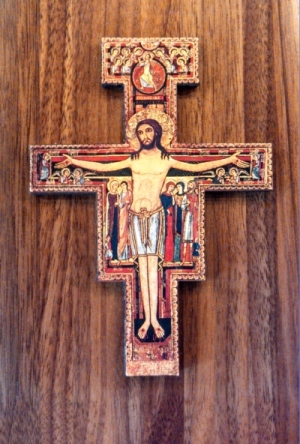 Rita Agnes Pohlmann was born on March 2, 1928, in Melrose, Minn. She was the fourth of six children born to the late Joseph and Mary (Soenneker) Pohlmann. She attended rural elementary schools and then attended St. Francis High School, graduating in 1946. She was accepted as a Franciscan Sister of Little Falls, Minnesota, on August 12, 1948, and was given the name, Sister Mary Paula. She was a Franciscan Sister for 71 years.

She ministered as a staff nurse, instructor, nursing service director, personnel director and administrator in Breckenridge and Little Falls, and in Dodgeville, Wis. She was a member of the Board of Directors of the Minnesota Catholic Health Association for several years. She also served as Director of Health Services for the Franciscan Sisters. In 1976, she was elected Community Minister and she served in that capacity for eight years. At the completion of her term, she moved to Berkeley, Calif., and studied massage. She was a massage therapist and Trager Practitioner in Berkeley for 22 years. She then spent several years at Clare’s Well in Annandale, continuing her massage ministry. She moved to Little Falls in 2018, where she pursued an active retirement.

Sister Paula was a woman of integrity and discernment who used her many talents in service to her religious community through leadership in the health care field. She had a great love and a deep respect for each person with whom she connected, and preferred one-to-one contacts. She had a great love for nature in all its forms and especially enjoyed watching the eastern sky for the first glimpse of sunlight followed with spectacular colorful surprises.

Sister Paula was preceded in death by her parents and siblings Valeria Boecker, Eddie, Lawrence and Joseph. Survivors include her sister Marie Dobmeier, nieces, nephews and her Franciscan Community.

To send flowers to the family or plant a tree in memory of Sister Mary Paula Pohlmann, please visit our floral store.

You can still show your support by sending flowers directly to the family, or by planting a memorial tree in the memory of Sister Mary Paula Pohlmann
Share a memory
© 2020 Emblom-Brenny Funeral Service. All Rights Reserved. Funeral Home website by CFS & TA | Privacy Policy | Terms of Use